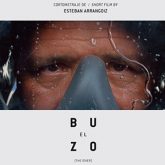 Julio César Cu Cámara is the chief diver in the Mexico City sewerage system. His job is to repair pumps and dislodge garbage that flows into the gutters to maintain the circulation of sewerage waters.

Born in Mexico City on October 19, 1979, Esteban Arrangoiz studied Media and Cultural studies in Macquarie University, Australia and filmmaking in UNAM Mexico. In 2008 he attended the first Talent Campus Guadalajara specialized in documentary filmmaking, organized by International Guadalajara film festival and the Berlinale Talent Campus. As a director he attended the Berlinale Talent Campus in Berlin in 2012. His short films have been exhibited in national and international film festivals. With his documentary Lerma River he won the José Rovirosa Prize for best student documentary in 2010, a Mexican Academy Award for best short documentary in 2011 and a special mention in Short Shorts film festival 2011.