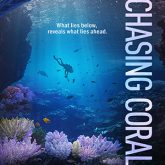 Coral reefs around the world are vanishing at an unprecedented rate. A team of divers, photographers and scientists set out on a thrilling ocean adventure to discover why and to reveal this underwater mystery to the world.

Jeff Orlowski is an Emmy-winning filmmaker and founder of Exposure Labs. His latest project, Chasing Coral, is a feature film following a team of adventurers trying to reveal how the oceans are changing. This work continues the momentum of Chasing Ice, for which Orlowski also served as director, producer, and cinematographer. After premiering at Sundance, it received an Academy Award® nomination and won an Emmy® award for Outstanding Nature Programming.