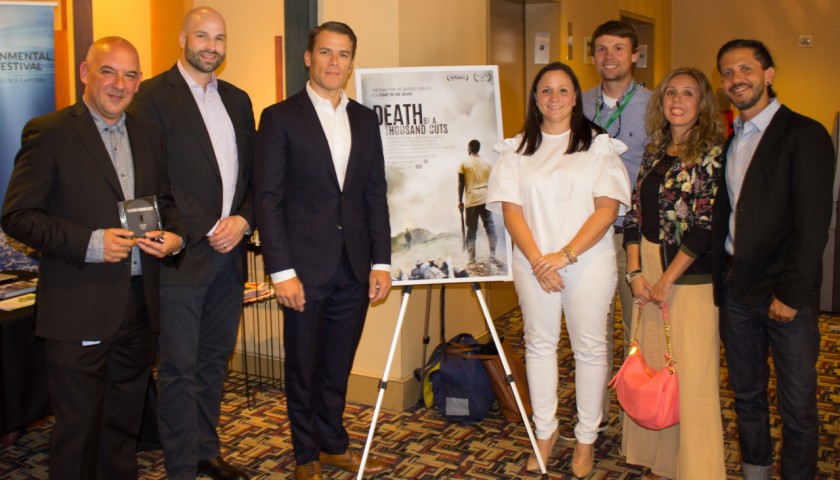 Death by a Thousand Cuts Screened in Washington, DC: “The ferocious and growing competition for natural resources is fertile ground for social conflict”

The Dominican Republic Environmental Film Festival (DREFF), in collaboration with the DC Environmental Film Festival (DCEFF) and the Interamerican Development Bank (IBD), yesterday celebrated the screening of the film Death by a Thousand Cuts at the E Street Cinema in Washington, DC. Before a full house that required the opening of two screening rooms, the movie’s codirectors Juan Mejía Botero and Jake Kheel and producer Ben Selkow spoke with the public about the film and expressed their hope that it would serve to call attention to the implicated parties and generate dialogue between Haiti and the Dominican Republic as well as transnational solutions.

“Washington, DC, as capital of the United States, is the ideal place to present Death by a Thousand Cuts before an influential and active audience,” they explained. “The presentation of the documentary in this city,” they continued, “gives us the chance to carry on the dialogue and conversations we’ve previously had with congressmen and US senators who’ve shown interest in this important problem, while also sharing the discoveries of our investigation into charcoal trafficking and its consequences.”

Could not authenticate you.

We thank our partners, sponsors, collaborators and friends.